Over the past year, Nuxeo released 5 FT (Fast Track) versions of the Nuxeo Platform. Our early adopter community has benefited from many new and innovative features introduced in these FT releases as we made the journey from Nuxeo Platform 5.8 to 6.0.

Amidst the ongoing innovation and excitement at Nuxeo, I am pleased to announce the general availability of the latest LTS version of the Nuxeo Platform, version 6.0. For those of you who don’t know what LTS mean, it stands for “Long Term Support.” These are releases that take place every year and combine the functionality from the Fast Tracks. More on the Nuxeo release process.

This latest version of the Nuxeo Platform includes major advancements in cloud readiness, performance, scalability, user productivity, mobile experience and interoperability. I’ll take you through some of the highlights of 6.0. Over the next few weeks, we will post more specifically about the benefits to developers, admins, and users.

One of our goals is to be the most scalable and cloud ready Enterprise Content Management system. With the inclusion of Elasticsearch, the Nuxeo Platform has added a very powerful, scalable, and versatile index engine. This enables the horizontal scaling of the query engine, acting also as a high-level data cache independent from the database, and tuning of each system, providing incredibly high-speed search and virtually unlimited scalability. Another major milestone is the addition of MongoDB as a NoSQL-backend storage option offering high flexibility, easy sharding and replication capabilities. The Nuxeo Platform 6.0 also adds strong capabilities for developing, customizing, and deploying cloud based applications on public and private clouds. In fact, the Nuxeo 6.0 content management system architecture is well tuned to take advantage of scaling out Nuxeo on AWS and other cloud providers. 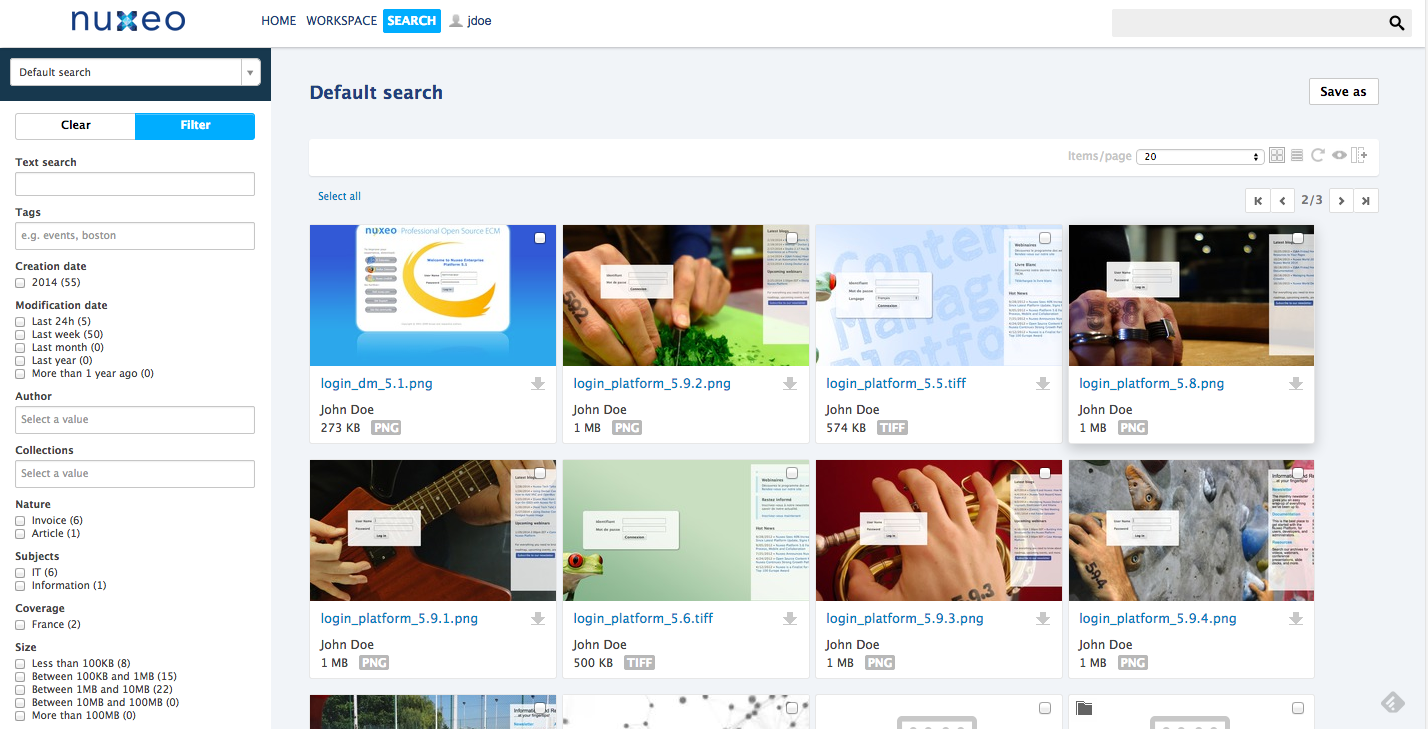 New features for users include:

With the release of the Nuxeo Platform 6.0, Nuxeo provides greater support for building and accessing applications from mobile devices. Nuxeo has released a native iOS application for the iPad to allow users to view and manage their repositories as well as new SDKs to connect to and build mobile content management applications.

Nuxeo Platform 6.0 can connect to many existing enterprise platforms and applications through open standards and middleware, such as the Mule Enterprise Service Bus. The Platform API also supports rapid building of custom integrations.

Integrations and interoperability features include:

The Nuxeo Platform was already great for building applications but with 6.0, the Nuxeo Platform widens its lead in the industry by providing developers with the most powerful and agile platform to build content based applications. The platform is easily extended thanks to its plugin infrastructure and next generation architecture.

Over the next few weeks, we will bring out more information about Nuxeo 6.0.

You can, as always, download the Nuxeo Platform 6.0 immediately.

Now that we have released the LTS, we are getting ready for the next Fast Track!