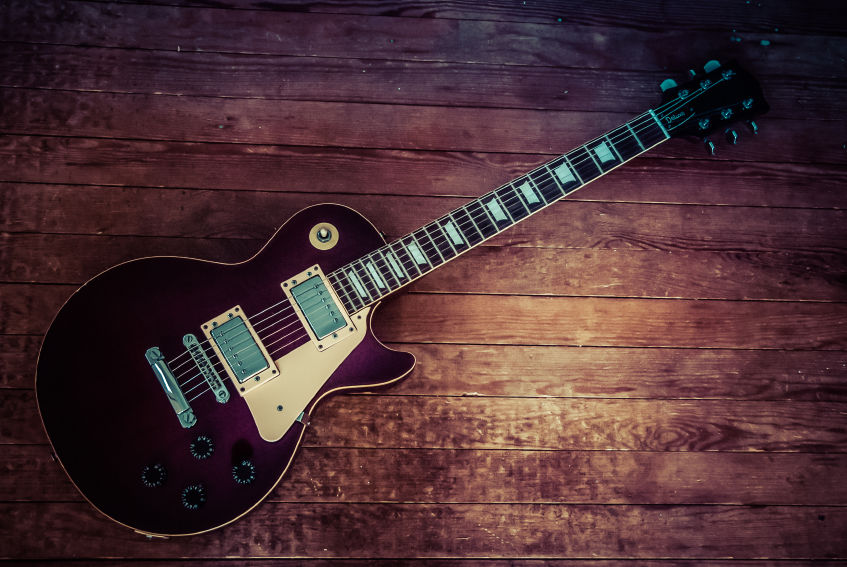 Hopefully you are reading the Nuxeo Studio Rocks! series of articles by my colleague Thibaud Arguillere, in which he explores the many reasons why Nuxeo Studio, our web-hosted configuration and customization tool, is a must-have for anyone developing business applications on the Nuxeo Platform.

It occurred to me that the Nuxeo Platform has a lot in common with something else that really rocks: the electric guitar, pioneered by the legendary Les Paul (1915-2008). Allow me to explain.

Les Paul’s love for music began at an early age, matched only by his ability to invent and build new things. Early in his musical career, Les Paul found his acoustic guitar was quickly drowned out by the other instruments in a band. Using a microphone or an amplifier with a hollow-body acoustic guitar resulted in low sound quality and feedback.

Applying his inventor’s mind to solve this problem, Les Paul built one of the very first solid-body electric guitars, culminating in 1952 with the classic Gibson Les Paul guitar. Thanks in large part to Les Paul, the guitar is definitely no longer the quietest instrument in the ensemble!

Between his electric guitar and breakthroughs in multi-track sound recording, Les Paul created a platform of innovation that enabled entirely new types of musical expression that were previously impossible. Indeed, the Rock and Roll Hall of Fame rightly honors Les Paul as an architect of rock music.

We at Nuxeo strongly believe we are architecting the future of Enterprise Content Management system (ECM), by providing developers with a content repository, workflow engine, data model and APIs that are fully dynamic, pluggable and massively scalable. When development teams from highly respected organizations around the world tell us the Nuxeo Platform enables them to build critical content-driven enterprise applications that would otherwise be virtually impossible, we know our platform rocks.

Now that the Nuxeo Platform now offers both SQL and NoSQL (MongoDB repository storage backend options, we are now positioned more strongly than ever to be the best performing ECM platform for the widest possible range of use cases.

While legacy ECM tools are increasingly unable to keep up with exploding demand and complexity of enterprise content today, our product road map is prepared for even higher levels of future-proof flexibility, scalability and new breakthrough functionality designed to support the new speed and sense of urgency required for business success today. As an open source platform, you can follow the Nuxeo roadmap anytime.

We invite you to download the Nuxeo Platform, check out our in-depth documentation and Hyland University training videos, and then build some amazing new business applications no one has ever seen before.