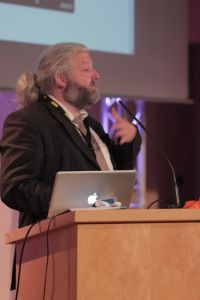 Christophe Capon is an open source maniac (his words). When he joined Vilogia seven years ago he mixed his open source knowledge with that of a couple of other geeks in the company, all of them knowing that it’s much easier to work with an open source solution. Why? “Because you know how it works inside and out: you know how to fix bugs, understand how it works internally, and that allows you to solve problems much more easily.” For Christophe, it’s simply a philosophy.

But Christophe is not a coder, he’s the CIO of one of the biggest real estate companies in France, with 85,000 housing units in five major areas, building almost 3000 houses a year.

At Vilogia, Christophe has implemented an Application Portfolio approach to developing applications. The Nuxeo Platform, which the company started using in 2009, is used as the underlying content repository for Vilogia’s 28,000 documents. From Christophe’s perspective, documents are valuable assets that are meant to be shared not only between people, but also between applications. So to him, the right way to enable sharing is to provide a platform that allows them to handle documents manually or through applications. (Check out our Case Study on Vilogia’s work with the Nuxeo Platform.)

“In an information system, document/content management is a repository that needs to be available to everyone.”

From an industry viewpoint, Christophe says he is seeing more and more the shift from simply targeting the end user. It’s here that Christophe takes a deep breath and apologizes: “before Nuxeo, I was a regular user of SharePoint - very sorry about that - my last company was full Microsoft.” SharePoint, of course, primarily targets the end user.

Now he notes that the number of clients for a CMS is increasing from users, to applications to middleware. The best way to differentiate a content management platform he believes, is to offer backend integration features, as opposed to only simple front-end interfaces.

When we asked Christophe about his view of what’s happening in the software development industry overall he noted that cloud computing has unleashed a series of needs for highly concurrent applications handling high volume data, and that many new development trends are addressing this and influencing how applications are built. Two examples he offered include big data and functional programming (things “CIOs probably hear about but don’t investigate further.”).

Christophe explained that functional programming is ancient (Lisp origins are in the late ‘50s), but is now considered a good approach to develop highly concurrent apps (in the cloud or not). The main challenge he sees for a CIO is to find people will the right skills. 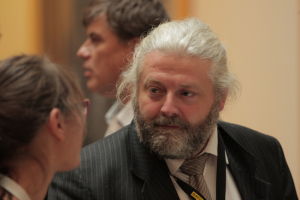 So how does Christophe satisfy his need to code? He codes at night. He told us that he only needs five hours of sleep (his wife needs more). And with his kids away at school they’ve found a way to handle it. According to Christophe “the most difficult thing is to refrain from coding during the day.”

Christophe lived in the United States for a short period of time. He spent six months in the IBM Labs in Boca Raton, just outside Miami . At the time he was working for a small company that was helping IBM with its release of OS2. He also spent a couple of weeks in Chicago at an Anderson Consulting training center (Anderson is now Accenture). Chicago was the city where he felt most at home, loving all the blues bars and the proximity of lake.

What excites him most about his work today? He says that as a CIO, one of the most exciting challenges is “to keep up with the fast-paced changes of the IT industry.” He points to cloud, BYOD, mobile devices and development methods - all of which aren’t brand new, but illustrate the balance companies have to find between opportunity and risks. One thing he wishes his company could dedicate more time to is agile methodologies.

Christophe isn’t all work though, he’s part of a company band called the “Vilogia People” (he quickly apologized for the name!). There are 2 female singers, 1 drummer, 2 bass guitarists and 2 guitarists. What kind of music do they play? “Rock’n roll, from standard 70’s like Deep Purple to more heavy music like Black Sabbath. No jazz.”

The band has a small rehearsal room, playing every Tuesday. They also perform at company social events. It’s all just for fun and unfortunately there are no videos on YouTube to share. As Christophe points out “I can make more money in IT than the music industry.”