Originally a Nuxeo customer at EADS, a European industrial flagship, Benjamin Jalon worked with the Nuxeo Platform and helped improve Nuxeo Document Management during their project. Benjamin, impressed with all of the Nuxeo Platform’s capabilities, joined the Nuxeo team as a developer at the end of 2008. 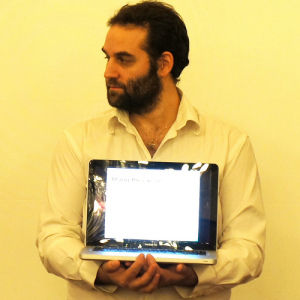 Where are you originally from?

I am from Paris. I was born in Paris, grew up in Paris, and I have lived in a suburb of Paris for four years now. I went to college in Paris and studied mathematics for my undergraduate degree. For my master’s degree, I also studied mathematics. After my master’s, I completed two years at ENSTA (École Nationale Supérieure de Techniques Avancées) to earn an engineering degree, with emphasis in Computer Science.

What made you want to be an engineer after studying mathematics for so long?

I wanted to be an engineer because after a master’s in mathematics, you usually work in research or in theoretical areas. I liked mathematics, but I like to build things too, so I was really interested in computer science and I chose to go to engineering school. I didn’t like school so much before college but once I went to university for math and computer science, it was easy for me since I like these subjects a lot. I found my calling.

What is your background?

I worked for a company named EADS, which owns Airbus, and I worked in the military domain. The company where I worked created the information systems for the French Army to use during conflict situations. I worked to make the system easy to install since, in this case, you had to install the networks and servers along with many other things, and have it integrate with the global systems all at the same time. It was a bit complex, but a very interesting experience.

You mentioned that you used the Nuxeo Platform for your projects at EADS. Can you tell me more about your use of the platform before joining Nuxeo?

At EADS, we used the Nuxeo Platform for military intelligence (Renseignements Militaire). We used the Nuxeo Platform for its Digital Asset Management system, so that military intelligence had a repository to store images and video footage of military equipment. The information came from all over the world - television, pictures taken during military operations, all types of sources. This system provided a place to store all of these digital resources, with custom metadata that enabled us to clearly define the subject. I was really interested in the Nuxeo Platform after this experience and I decided I wanted to work at Nuxeo.

How has your career at Nuxeo progressed since you joined?

I began at Nuxeo as a developer and was a developer for about four years. I was on the Starship team with Delphine. We named our team “Starship” because of the movie Starship Troopers, where the characters in the movie had to kill bugs from other planets. They’d say, ”A good bug is a dead bug,” so we chose this name for our development team. During this period, we started moving to scrum methodology for more regulated development activity. We planned tasks for weeks and we tried to not talk about tasks by days, but by complexity. We estimated the length of a project based on complexity. My role then was Developer and Scrum Master, and my main responsibility was to organize and coordinate with the team to find out how complex a project was, and then translate that into days for Delphine. Each day at the beginning of the day I would ask the team what their plans were and what they had completed already, and I would map which developer worked on specific tasks. If the developer was blocked on his or her activity, then at the daily scrum (our daily meeting), the entire team would try to help the developer figure out a solution. After two weeks of development, we would have a retrospective meeting and talk about all the tasks done and how they went. I did that for about five years. Then, last year, I became a PreSales Engineer.

What do you do now as a PreSales Engineer?

Now, my activities are to explain why our platform is great for customers. I present the platform, and I help potential customers figure out if the platform can do what they want, and if so, how much development it would take. I also do some consulting activities; I do an initial meeting with the customer when they do not know Nuxeo yet, and I stay with them until they are in the development process. I do training, consulting and give technology guidance to help them start a project. Basically, I help them with all of the stuff they need before beginning a project, and sometimes I even help them start the project.

What is your favorite Nuxeo project you’ve worked on so far?

I started the mobile application. I was the first to contribute to this project because I did it in my free time. The first implementation was for the first Nuxeo World. I had a presentation, and my goal was to show what we can do in two weeks with Nuxeo and the IUI Java Script Library. The goal was to have a mobile application that was usable on both iOS and Android smartphones.

In the time you’ve spent at Nuxeo, how have you seen the company and products grow? And what has been most exciting for you?

At the beginning, we were more in a start-up mode, where we all worked a lot. Now, we have more standard activities. It was hard at the beginning because we were both integrators and software developers – we wanted to integrate the solution for our customers. Now that we have many integrators around us, we are more focused on the software development part. Even if we do some integration activities, like we did for Netflix, Nuxeo is now more focused on just improving the platform. It’s interesting because we now really take the time to improve everything around the platform for our integrators and we try to do our best to deliver the best platform and the best tools for our platform. That’s why Nuxeo Studio and Nuxeo IDE were created. The idea of Nuxeo is to try to give our own tools to developers who use our platform. All the tools that we are using, we give them to our customers. It’s a really good example of open source, I think.

You’ve presented at Nuxeo World and other conferences before; what points do you make in these presentations and what do you want to make sure you get across to anyone interested in the platform?

The platform, basically, is made for developers. It’s open source, so developers can see the Java code, and it can inspire developers. With Nuxeo, I learned to create and write better quality code. Since the platform is open source, you can see beautiful lines of Java code, and this is why I say that this is a platform that inspires developers, because they see good code. Secondly, for integrators, there are different levels of understanding the Nuxeo Platform. The first step is just using Nuxeo - installing it and using it. You don’t need to know anything technical. The second step is configuring it with Nuxeo Studio, which takes just three days of training or reading the documentation that is freely available. The third step is that by reading the documentation you can go deeply in the platform and produce what Nuxeo Studio produces to suit your needs.

What is the coolest thing you have learned while at Nuxeo?

I think the coolest thing is writing code and working toward building something. That is not easy in all companies, especially in France. I like producing something that is trustworthy, writing code, and I also like that we share our knowledge.

What do you do in your spare time?

I spend time with my family. I have a 3 1/2 year old daughter and a 1 1/2 year old son. I’m learning to draw clowns and build Lego towers with my daughter. My son is very good at destroying the towers. So we have both forces at work in my house: construction and destruction. [laughs] We like to strike a nice balance.