Nuxeo Studio Rocks! Route Your Workflow Based on Document Metadata 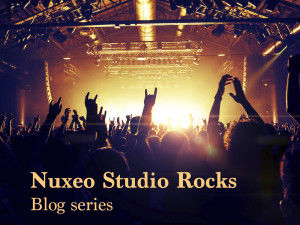 Today, Nuxeo Studio will rock by helping us easily (in five, maybe ten minutes) implement an important business rule in our Nuxeo application. Suppose this is our challenge:

I want my workflow to automatically proceed via one route or another, depending on the value of some document metadata fields.

This blog describes one way of doing so; one way among many others.

By the way, each article in the “Nuxeo Studio Rocks” series always comes with a playlist. Since I just wrote “one way” two times(2), let’s start the musical ambiance by listening to Status Quo, _The Way it Goes._ I hope you enjoy it!

The main principles to this solution are:

For this example, we will keep everything simple, because Simple is Beautiful(3). So we have a basic Node (from the “Automated Tasks” topic), with two transitions that we name route1 and route2. Each transition goes to an “Approve” User Task: 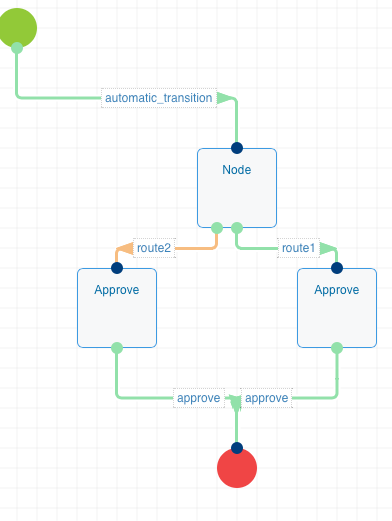 This simple Node has the following properties:

Here is the chain:

All together in a very nice schema: 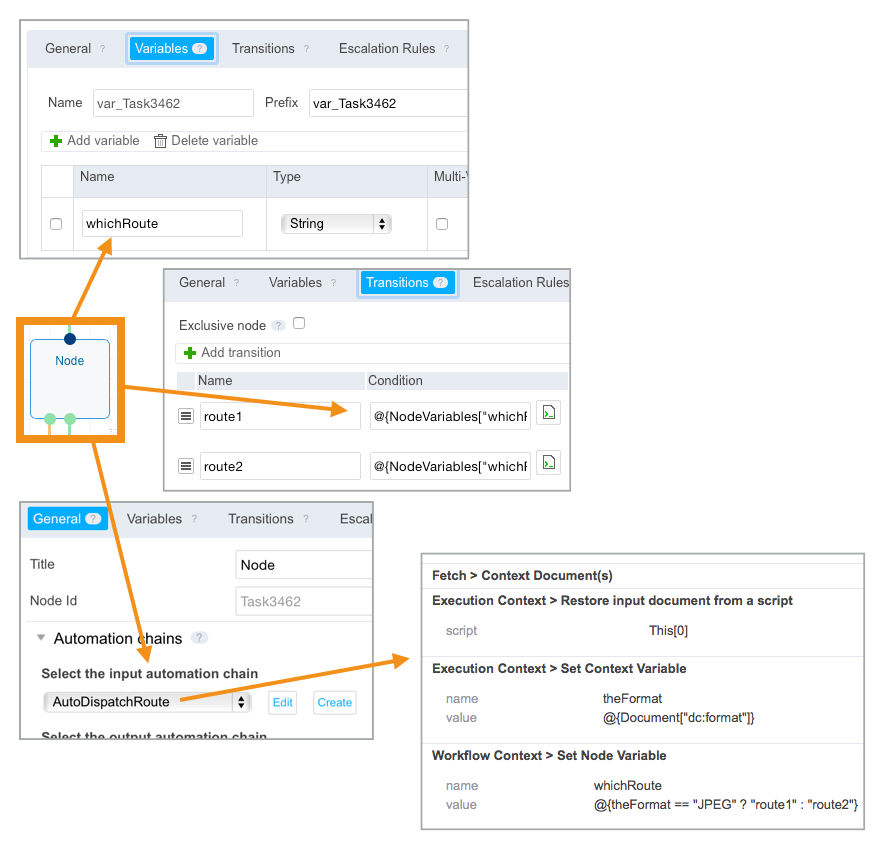 Save, deploy on your test server. Now, when you start a workflow on a document, depending on the value of the dc:format field, it will follow route1 or route2. That was easy, wasn’t it?

(1) Not an opinion. Just a fact. Like “Status Quo is the Best Rock Band Ever”. (2) Three if you count this one! (3) As probably once said by someone very important, interesting and well known!